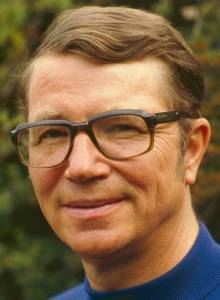 I am a big fan of Colin Wilson (pictured right), who’s written numerous books on the theme of The Outsider – people living on the edge of society, misfits who have to find a way to channel their passion into something creative. Otherwise, their passion will turn inwards and destroy them. So unhealthy outsiders become alcoholics, criminals, black magicians, madmen. Healthy outsiders become visionaries, spiritual leaders, artists or humble therapists. The difference is that the latter have connected to a purpose – something beyond self and society that keeps them connected and keeps them sane. I can vouch from personal experience that this is entirely true.

This weekend I read Wilson’s novel ‘The Personality Surgeon‘ again. I first read it in 1988 while I was wondering whether I wanted to become a psychotherapist or not. Most of my friends thought I was crazy as the pay was crap and you only ever got to meet dodgy people (they meant the other psychotherapists). But reading that book clinched it for me. And now, when I read it again, I am astounded by the fact that so many of the ideas that went into Reverse Therapy years later are in that book. It’s just that I had ‘forgotten’ about them.

The Personality Surgeon is an ordinary GP called Charles Peruzzi working in South London who stumbles upon the reason why people become ill with Depression, Anxiety and unnecessary diseases. Their  personality has taken them over and squeezed the life out of them. Personality is the fixed identity we have taken over from the way other people see us and which we store in our head. When we identify with it too rigidly the effort required to stay in the strait jacket drains us of vitality. That is especially true if the personality we have adopted is timid, self-denying, conventional, or a people-pleaser.

In the book Peruzzi discovers that a shock or a crisis can be enough to
catapult his patients out of the personality strait-jacket. A surge of
vitality comes up out of the body to meet the crisis, overwhelm the
fixed ideas of Headmind and (once the crisis has passed) point them to a
new way of life.

I had also forgotten all the cases Wilson cites and, since he credits
some medical doctors with help on the book, it is likely they were
taken from real life.

Colin Wilson writes about all the things we pay attention to in Reverse Therapy. How symptoms of illness come up when we are living a life based on repressed emotions and lies. How rigid ideas keep us trapped. How we get healthy again by taking risks. How we became ill by relating to people dishonestly and can get well again by becoming more authentic. Most, importantly, health depends on vitality, and vitality depends on exercising your love of life.

But if you are ever feeling depressed then read The Personality Surgeon. That alone will be enough to revitalise you. It’s an inspiring work.

“Dr. Miller says we are pessimistic because life seems like a very bad, very screwed-up film. If you ask “What the hell is wrong with the projector?” and go up to the control room, you find it’s empty. You are the projectionist, and you should have been up there all the time.”
Colin Wilson