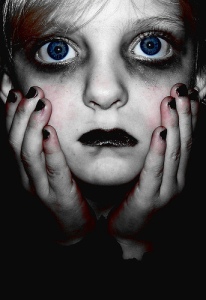 Guilt is a delusionary state. It doesn’t serve you at all and is a creation of the imagination; of Headmind’s drive towards conformity.

1. Headmind is stuffed full of judgments about the person you could be, should be, should not be, etc. Those judgments were not originally your own but inherited from other people. But gradually you internalised them and they became self-judgments.

2. These judgments are re-activated by parents, teachers, priests, employers, children and partners who may be exploiting you.

3. Your Headmind buys into those judgments because it seeks acceptance, conformity, and admiration (even from people who don’t deserve your respect).

4. Dwelling on occasions in which guilt comes up – and Headmind judges you – creates uncomfortable Bodymind reactions: cringing, agitation, distress. Although Bodymind creates that discomfort in order to warn you not to indulge in guilt, Headmind interprets this as a signal that you are, indeed, a ‘bad’ person, worthy of punishment.

Here’s another way to understand ‘Guilt’:

1. Earlier societies did not recognise a psychological state known as ‘guilt’. For them ‘guilt’ was simply another word for ‘debt’ (as in the German/Saxon word: ‘gultig’). It simply meant that one person had harmed another and was unable to put things right. For example, one person stole another person’s property but was too poor to pay it back – therefore he was ‘guilty’ and subject to the penalties of the community.

3.  When Psychology started up in Germany and America in the 19th century it took over religious ideas about ‘sin’ and reinterpreted them in terms of ‘good’ and ‘evil’ actions. So doing one ‘bad’ thing made you an ‘evil’ or ‘guilty’ person – instead of someone who simply made a mistake.

4. Mistakes and ‘bad’ actions you committed in the past were based on the knowledge you possessed at the moment you committed them, no matter how daft. For example: you shop-lifted, knowing you couldn’t afford something but that you ‘had’ to have the item anyway. You let the Headmind state of greed get the better of you.

5. Therefore your past mistakes were based on inadequate knowledge (you thought it was ok to steal, or that you wouldn’t get caught, or that it wouldn’t matter if you did get caught). Your predictions turned out to be wrong, although you didn’t  realise that at the time.

Here is the truth:

1. You did not actually have free will back then when you committed your error of judgment. You did what you had to do at the time because you lacked Awareness.

2. Indulging in Headmind worry (i.e. analyzing over and over again about what an ‘evil’ person you were/are) may actually get in the way of your attempts to put things right.

3. If you have really done somebody wrong you could connect to the emotion of remorse and get on with making amends, rather than wasting time on guilt.