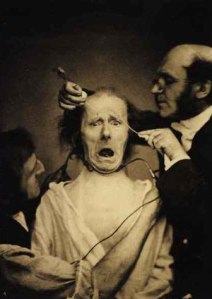 Here is a fascinating article sent to me by the Guru of Creative Thinking Mark McGuinness.

Here is that article. You might wish to read it first before you read the rest of my comments.

It’s about a journalist who goes on a 7-day Buddhist silent meditation retreat which does his head in. After just one day he thought he was going insane. Symptoms: intense boredom, aching, agitation, restlessness, escapism. All the signs, in fact, of a Headmind that was about to explode with frustration.

Interestingly, his Headmind adopted a very familiar tactic in such situations: which was to chatter about what other people on the retreat might be doing: making up fantasies about who was sleeping with who on the retreat. Everything you would expect, in fact, from a Headmind which would do anything at all to escape from living in the now.

But after the fourth day Bodymind takes over once more and he ends up in a much better place.

Reminds me a lot of the Teachings of Gurdjieff, on which I have written before in this blog. That, in turn, advocated that we human beings need to do a lot of work on escaping our enslavement to Headmind. But that can be difficult to do because Headmind is crafty in feeding the idea that what it thinks is ‘reality’. And then feeding the further idea that escape from that is impossible…

To remind you, Headmind hates:

Living in the present moment

The desert (nothing to worry about or do there! – which is why Christ so frequently visited it).

But, as the article demonstrates, when you force Headmind to give up what it habitually likes to do: watch TV, read newspapers, crawl the internet, worry, fantasize, make up stories about the past, chatter about the future, then eventually it just shuts the fuck up.

And then you end up in a very nice place indeed, a place of ‘mindless salvation’; a place of overwhelming peace, happiness and fascination with the world we live in; just as if you were seeing it (again) for the very first time.

4 thoughts on “How to regain control over your mind”