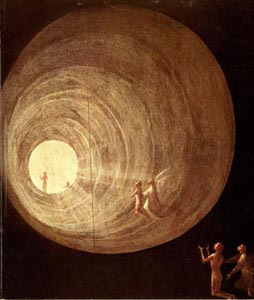 As a child Death terrified me.

When I was six years old the kind old lady next door who used to give me sweets died. I asked my father what had happened to her. Reluctantly he mumbled that she had gone and wouldn’t be coming back (Dad was never very good at the metaphysical stuff).

‘Up there’ he said, his finger pointing to the ceiling.

Even at six-and-a-half years old I was smart enough to realise that living in the clouds wasn’t an obvious life-choice. So I persisted with the interrogation.

‘Does everyone die, Daddy?’.

‘Yes – everyone. Everyone.’ He looked embarrassed, as he always did when he couldn’t give complete explanations. For me the fact that he didn’t KNOW the answer scared me a lot – it was my first realisation that adults were as clueless about the Universe as I was.

From then, for quite a few years, I thought about it a lot. How could people just vanish? It seemed ridiculous. I would walk home from school and look at all the grave-stones in the cemetery. Here someone’s ‘dearly beloved’ had expired in 1887. Over there a ‘wonderful father’ had ‘gone to join Jesus’ in 1956, the year I was born. Another grave, surmounted by a huge, sorrowing angel, announced that the loved one was awaiting the ‘last trumpet’.

Once they had lived and breathed and walked as I was doing now. But – now – nothing. Later on, in my teens, I found my thoughts echoed by the poet, Philip Larkin:

I work all day, and get half drunk at night.

Waking at four to soundless dark, I stare.

In time the curtain edges will grow light.

Till then I see what’s really always there:

Making all thought impossible but how

And where and when I shall myself die.

Arid interrogation: yet the dread

Of dying, and being dead,

Flashes afresh to hold and horrify.

The mind blanks at the glare.

Not in remorse  - The good not used, the love not given, time

Clear of its wrong beginnings, and may never:

But at the total emptiness forever,  The sure extinction that we travel to

And shall be lost in always. Not to be here,  Not to be anywhere,

Yet the dread of death is entirely created by the Ego. It’s real worry is that this unique, ‘special’, person that I am will cease to be. That it is frightening to think that this world existed for eternity before I was born and will continue to exist for an eternity without me (let us leave aside the after-life for, as the Buddha once told us, we can know nothing about it. And, in any case, even Souls will be extinguished eventually, as the Hindus teach).

The solution: the way to let go of this dread of Death is to recognise that:

a) it is a hallucination created in Headmind

b) and that Present Moment Awareness dissolves it

The hallucination is easy to explain if you have been following my previous posts on how Headmind works. In this case Headmind (Larkin’s included) is making up a story-line which goes something like this:

I – this special person I am, is indispensable – I must not die – But I will die – Then there is Nothing.

At this point Headmind will typically come up with nightmarish images of this ‘Nothing’ in future time – darkness; a void; an emptiness; pictures of infinite space, etc. This image, because it does not include the self, seems to wipe everything out, to make existence meaningless. And because Headmind imagines that our Ego is the most important thing in the Universe it whispers to us: ‘Nothing more terrible, nothing more true…”

Tolstoy, in his melodramatic short story, The Death Of Ivan Ilyich, gives a good description of this kind of thinking. Essentially, Ivan Ilyich, tortures himself about his impending death by continually worrying about the mistakes he has made in the past, and that he cannot control what is about to happen to him. But – at the point of death – he learns to let go of the delusion:

“At that very moment Ivan Ilych fell through and caught sight of the light, and it was revealed to him that though his life had not been what it should have been, this could still be rectified. He asked himself, “What *is* the right thing?” and grew still, listening. Then he felt that someone was kissing his hand. He opened his eyes, looked at his son, and felt sorry for him. His wife camp up to him and he glanced at her. She was gazing at him open-mouthed, with undried tears on her nose and cheek and a despairing look on her face. He felt sorry for her too.

“Yes, I am making them wretched,” he thought. “They are sorry, but it will be better for them when I die.” He wished to say this but had not the strength to utter it. “Besides, why speak? I must act,” he thought. with a look at his wife he indicated his son and said: “Take him away…sorry for him…sorry for you too….” He tried to add, “Forgive me,” but said “Forego” and waved his hand, knowing that He whose understanding mattered would understand.

And suddenly it grew clear to him that what had been oppressing him and would not leave his was all dropping away at once from two sides, from ten sides, and from all sides. He was sorry for them, he must act so as not to hurt them: release them and free himself from these sufferings. “How good and how simple!” he thought. “And the pain?” he asked himself. “What has become of it? Where are you, pain?”

He turned his attention to it.

He sought his former accustomed fear of death and did not find it. “Where is it? What death?” There was no fear because there was no death.

In place of death there was light.

“So that’s what it is!” he suddenly exclaimed aloud. “What joy!”

In the story Ivan Ilyich finds comfort from one of his servants, the peasant Geryasim, a ‘simple soul’, who radiates calm, compassion, and an ability to live in the moment. Which brings us to the second solution.

Present Moment Awareness is the aim of meditation, as well as Reverse Therapy. When you are in this state of Awareness you cannot, by definition, be frightened of death – even if you have a dangerous illness. Living in the moment means you are not living in Headmind. Which, in turn, means, you are living in the only reality that exists. When we are truly alive – right now – nothing disturbs us. We are at peace. And, in such experiences we know – through Bodymind – that something very powerful works in, and for, and through, us. And that something never dies.

Only Headmind, and the Ego, dies.

‘Nothing burns in hell except self-will.’

2 thoughts on “Death? No worries”