Most approaches to anger management are fatally flawed through seeing anger as bad and something to be controlled and avoided. People with ‘anger management issues’ may be referred on to psychobabble specialists like Dr Buddy Rydell as played in the film Anger Management who treat anger as a mental health disorder rather than as a potentially healthy response to poor behaviour on the part of others.

The study of emotional intelligence suggests a different view.

This post follows on from my earlier article Why Stress Does Not Exist.

It was Hans Selye who first coined the word ‘Stress’ in relation to non-specific illnesses. Contrary to popular myth, Selye did not say that ‘Stress’ caused illness. What he meant was that if the individual fails to adapt to adverse Life Events then a breakdown in body functions could occur. Examples of ‘bad’ life events include job loss, relationship breakdown, financial disaster, overwork and illness.

END_OF_DOCUMENT_TOKEN_TO_BE_REPLACED

Here is a television appearance by me on the Chicago Channel – Never Not Here. Interviewed by Richard Miller.

Despite the title I talk about a lot more than Reverse Therapy: resilience, stress, how people get ill,  the changing conditions of modern society, emotional intelligence and how it works, and the difference between Bodymind and the Conscious Mind. 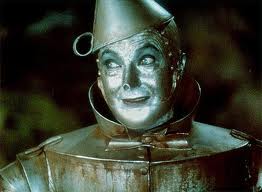 As I wrote in a previous article mirror neuron research is now showing us how the brain ‘reads’ other people. For example, it is now becoming clear that when we watch other peoples’ facial expressions those areas of the brain which are populated with mirror neurons show greater activity. Suggesting that we are scanning those facial expressions in order to match the relevant emotions implied by the expressions with our own. Similar findings apply to hand gestures and lip movements, which correlate to other types of non-verbal communication.

Meanwhile, other research (most carried out on monkeys but sometimes on humans) shows that mirror neurons also light up when we are trying to work out the intention behind a behaviour. For example, when a wired-up subject is shown a film of someone picking up a cup from a table the mirror neurons light up, presumably because the individual is trying to work out whether the intention is to drink from the cup or just clear the table.

What is still more interesting is that monkeys (and people) who excel at interpreting facial expressions, emotions, attitudes and intentions have highly-active mirror-neuron systems. Simply because the more you practice the bigger the growth in the cells within the system.

The bottom-line is that most of us are born with a built-in capacity for empathy right from birth. It is not something we learn (although practice improves ability). And this skill underpins many other things that make us uniquely human: social interaction, interpreting spoken communication, compassion, altruism and ethical behaviour. In short, everything we now call emotional intelligence.