This is the fourth, and final article, on how to become the person you always were. Or, to use another terminology, to exercise your Personal Genius.

This one is about how to get free of personal slavery. For, so long as you are a slave to opinions, to convention, to other people, to your ego, or to routine, then you cannot really be you.

For some free spirits slavery to convention is the worst. Which means doing what your parents and teachers always told you to do; or following along the mores of what the ‘right’ people do – the people you went to school with, or the people in your church, your company, your club, your neighbourhood and so forth. So that you end up speaking with the same accent, dressing the same way, behaving the same way, and, what is most despicable – judging, excluding or persecuting people who don’t follow that same ‘right’ way of life.

For other fans of enlightenment slavery to opinion is the worst. That means thinking the same way as the majority. Sharing the same newspapers, the same TV programs, the same politics, the same religion and the same prejudices. And although I don’t read newspapers, rarely watch TV, don’t vote and don’t subscribe to any single religion, I certainly agree that Headmind slavery can be a problem. In this respect I remind my readers that dumb thinking is one sure path to unhappiness and illness, as well as slavery.

Now I agree that if you really want to be someone worth paying attention to then you are going to have to ruthlessly discard conventions, ideas and obsessions you have always taken for granted. You are also going to have to get out of your comfort zone.  Although that is hard work (the work of a life-time, in fact) the rewards – in terms of personal fulfilment – are unspeakable.

But, for me, the worst form of slavery is the one most of us take for granted. And that is slavery to routine: doing the same things, in the same way, at the same time, in the same place, with the same people, every day. Right down to the way you dress yourself, eat your food, drive your car, do the shopping, surf the internet, walk the dog, take a nap, smoke cigarettes, have a drink and so on and on and on. So that life becomes a kind of mechanical, living death. So that you go to sleep and stay there. So that life just passes you by without you ever really exercising Awareness.

The reason this is the worst kind of slavery is that, in it, Bodymind dies slowly. And when that happens the brain loses neuroplasticity. Which means that the cells in the brain (as well as those 2 trillion cells in the body that communicate to it) either die off or become rigid. Which, in turn, means that you become a zombie incapable of changing, evolving, or learning anything new.

For me, slavery to habit is the basis for all the other kinds of slavery mentioned above. Simply because it keeps you asleep. Avoiding premature death is hard work but it is simple too. All you have to do is break one habit every day.

Most people are other people.  Their thoughts are someone else’s opinions, their lives a mimicry, their passions a quotation. Oscar Wilde. 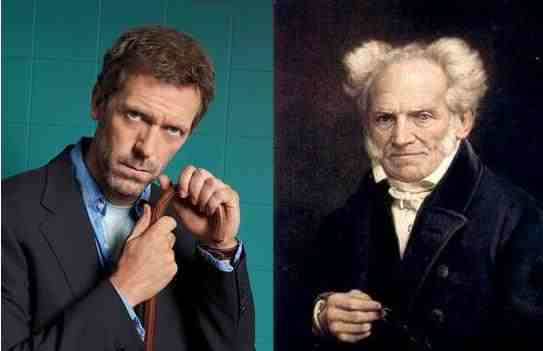 This is the follow up article to Schopenhauer: a philosophy for grumpy people? Which attracted  a good response from many readers, many of whom had never heard of him, and were intrigued by his pessimism. Like Hugh Laurie in House he attracts people with his attitude problem.

In fact both Dr Gregory House and Schopenhauer have much in common:

For Schopenhauer, the world was a place he never made and little admired. Unlike almost all other philosophers, he did not believe that human beings were created to be happy. The reason for that is that our Will for personal gratification is out of all proportion to what Life can actually offer us. That, he claimed, was the reason for our continually recurring states of frustration, heartache and boredom.

Now, while I believe Schopenhauer was right in some of his diagnoses, I disagree about the cause. It is not the Universal Will which is the cause of personal misery but Headmind obsessions working through the Ego. I have written about this before in my article on How your Head F*cks You Up.

While I agree with Schopenhauer that we are not created to be happy (because we are blessed/cursed with an enlarged Headmind/Pre-frontal cortex), I disagree that we cannot, in fact find it. We can find it if we persist, through Awareness, and through downsizing the Ego.

However, I will leave you with a few more conclusions from the Master: 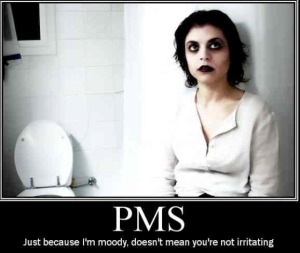 I receive a mischievous communication from my very good friend Mark McGuinness who wants me to comment on a research article he has looked into, written by some ‘Australian psychologists’, which claims that being in a ‘bad mood’ can be ‘good’ for you.

Now, some of my best experiences in life have been prompted by my ‘bad’ moods. With the aid of those I have got rid of countless annoying relationships, irritating jobs and pointless activities. So my first thought was that – yet again – a bunch of overpaid academics were being subsidised to announce discoveries most of us learned in primary school. And that Mark had forgotten our many rambling midnight conversations about emotions and the meaning of life.

Yet I realised immediately that these gorgeous, Bondi-beach seeking academics have made yet another category mistake: While bad moods can, indeed, be ‘good’, those are not the same as ‘bad emotions’.

To remind you: there is no such thing as a bad emotion. Emotions are an expression of Bodymind
intelligence. A mood is different. It is a  Headmind attitude. It expresses a relationship between our attitudes and the world as we find it. You can read more about moods here.

A grumpy mood, for me, is a relationship based on suspicion. It means that I no longer trust that experiences, situations, people, or the Lord God himself are doing me any favours. And that, in turn, is a cue that I need to revise my trusting attitude towards these entities. I need to retreat, stand-off, complain, and have a moan. I may even need to disengage – permanently.

So yes – a grumpy mood can be good for you if it helps you get rid of your intellectual garbage.

The funny thing is that I actually find grumpy moods enjoyable. Entraining my suspicion and pessimism on the planet gives me a god-like sense of detachment and playfulness. It also gives me a playground for wit.

Rather like one of my favourite philosophers – Arthur Schopenhauer – who once wrote:

“If we were not all so interested in ourselves, life would be so uninteresting that none of us would be able to endure it.”

Come to think of it, Schopenhauer deserves an article all to himself, so I will write that next.