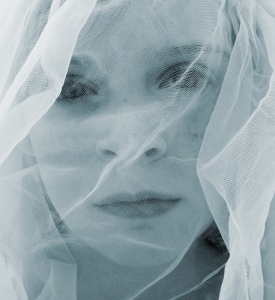 The first month of 2011 has come and gone and the statistics show that January is the most ‘depressing’ month, in that more people will seek help for depression than at any other time of the year. As it happens, I have been more than usually busy with depressed clients since the New Year came on; a fact which prompts me to write this article.

First, lets be clear about what clinical depression really is.

In my view, many of the people who are diagnosed by their GP as having depression are not, in fact, clinically depressed at all. Instead, they could be sad, fed up with life, or unhappy. This is one reason why anti-depressants don’t work for the majority. Anti-depressant drugs such as the SSRIs – which increase the amount of serotonin in circulation in the brain – will only work, obviously, if the patient has serotonin depletion, which will only be the case if they actually have clinical depression.

Whether you are depressed, sad, fed up, or unhappy, this article will still apply to you.

Here are the four main causes:

If you are a habitual worrier, perfectionist, or guilt-tripper then, on a daily basis, your body will become accustomed to very high anxiety levels. Since Bodymind cannot tolerate over-arousal for too long, it will seek to reduce the problem by damping down the system. Typically, this means reducing serotonin (which elevates mood), which leads to the symptoms of clinical depression. In this respect it has been estimated that over 70% of depressed people also have high anxiety levels.

The solution is to change the way Headmind works.

2. The person has developed a ‘hopeless’ mind-set

This problem is typically developed by over-conscientious people who have not learnt how to say ‘No’ or recognise their limitations. The result is that they take on far too many burdens, obligations and responsibilities. Or else they forget to take time out for themselves and keep that crucial work-life balance. One result is burnout.

Depression occurs when personal Headmind reacts to overload by just giving up (a slightly weird response, given that it was faulty thinking that gave rise to the problem in the first place). A common outcome is that the person turns into a victim of some kind.

The most common Headmind defect here is ‘Failure thinking’, which ignores realistic solutions on what to do about overload and, instead, magnifies problems, concludes that there is nothing that can be done about them, and triggers anxiety with the thought that disaster is inevitable. This leads to first anxiety and then to the ‘damping down’ response I described in the previous item.

The solution is to develop a solution-focused, or problem-solving approach to problems. I am in the middle of writing a series on this so please check back for articles on ‘success thinking’.

3. The person has lost her passion for life.

People who have become disillusioned do so as a result of trauma of some kind: the death of someone close, break-up, or departure. Or betrayal, or rejection, by someone they once trusted. Or the usual disasters which befall all of us from time to time but which setbacks the ego will not accept.

In other cases, the depressed person has simply got confused and lost his way. This could be because he has become addicted to trivialities – newspapers, games, television,  the social round, internet-surfing, etc. Or is stuck in routine in which one day is more or less like the next, and which becomes a kind of living death. Once Bodymind sees what is happening here it starts to release copious amounts of the emotions known as boredom and frustration. But here is what is strange: when some people notice they are bored they don’t do anything about it. Instead, they read boredom as another sign that life is hopeless. So they stagnate, more and more.

The solution is to reconnect to Bodymind and your passion.

4. Headmind is blocking the release of strong emotions, such as anger and sadness.

A  build-up of unexpressed or unresolved emotion leads to a similar effect as chronic anxiety: a dangerous level of over-arousal. Once again, Bodymind tends to counter-act this problem by reducing serotonin.

The solution is to find a way to release those emotions.

If you are not depressed right now but you think you might be going that way, then you can find out more about how to stay out of depression here.

Contrary to common belief many people do find a way to improve their mental health without needing to consult a psychotherapist and some of my articles show you how to do just that. But if you do need assistance then you can contact me over on the psychotherapy website.