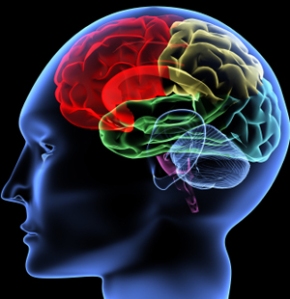 Your body contains at least 60 trillion cells. Yet your brain contains ‘only’ 60 billion cells, just 0.001% of the total. Proof that the ‘mind’ isn’t just inside your skull.

Each cell carries, on average 7000 connections to other cells. Therefore the number of cell networks in the brain is 42 thousand billion, or 42,000,000000,000 pieces of information your brain can, store.

Yet your brain only weighs 3 pounds and uses just 10-23 watts of energy per day. That is less than the energy in three bananas.

There is no truth in the myth that we only use 10% of brain power. The entire brain is being used every day, even if some areas of the brain are there only for storage or for back-up functions.

Super memory. The brain is capable of storing 10 trillion bits of information about you and your life experiences.

Why is adolescence so difficult? One main reason is that, between puberty and early adulthood, the brain is being rebuilt. There is massive growth in the pre-frontal cortex (Headmind); connections between cell networks are being hard-wired (making emotional life-lessons more intense); and there is a temporary loss of connection between the brain’s emotional centres (the limbic system) and the intellectual centres – which means that teenagers lack the capacity to make good decisions.

New experiences are vital for improved brain function. Getting out of the rut and going for new horizons increases cell growth, delays ageing and improves cell connectivity. The same goes when you let go of the past and exercise forgiveness.

Binge-eating. Emotional self-neglect can lead to food cravings and over-eating. So-called stress triggers an increase in Cortisol in the blood stream, which stimulates Insulin release. High insulin levels are associated with a craving for sugary foods and foods high in carbohydrates.

Love and sex can be addictive. Falling in love, like sexual infatuation) is similar to taking cocaine: the hypothalamus triggers a cascade of dopamine. One problem is that, once the dopamine wears off, a ‘down-mood’ sets in, leading to further cravings.

The brain also contains a bonding chemical: Oxytocin. During labour, female brains produce large amounts of oxytocin, which stimulates contractions and smooths the passage of the baby down the birth canal. Oxytocin also creates a primal, intense bond with the child. Adults in love (or during ecstatic sex) also release high levels of oxytocin.